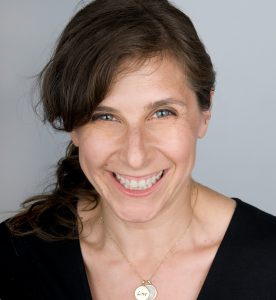 Brooke Berman is an award-winning playwright, filmmaker, and memoirist. She wrote and directed UGGS FOR GAZA, which premiered at the Aspen International ShortsFest, winning an Audience Special Recognition award. ALL SAINTS DAY, a short film she wrote, directed by Will Frears, won Best Narrative Short at the Savannah Film Festival and played at the Tribeca Film Festival.

She adapted her play SMASHING for Natalie Portman and has written features for The Mark Gordon Company, Vox Films, Red Crown, and Fugitive.

Brooke’s plays have been seen across the country and internationally and include HUNTING AND GATHERING (Primary Stages), SMASHING (the Play Company), OUT OF THE WATER (Red Stich Theatre, Naked Angels, Cape Cod Theater Project) SAM AND LUCY (SPF, The Royal National Theatre, Cleveland Playhouse) and many others. Recently, Brooke developed A MODEL CITY with director Leigh Silverman for Stacey Mindich Productions.

Brooke is the author of three nonfiction books including the memoir, No Place Like Home, published by Random House.

She is a graduate of The Juilliard School and Barnard College. She lives in Queens with her writer husband and upstart son.